John Erbstoesser, Manager, The Generations Network, Ancestry.com’s International Team      September 16, 2008 “Karl is a valued employee who specializes in superior customer service and sales. His ability to adapt positively to changes while continuing to improve his personal performance sets him apart from other employees. As a team player, Karl tirelessly works to help others achieve their goals as well as always looking after the best interest of the business. As our primary consultant for our German customer base, Karl conducted training initiatives for many of our new clients while exhibiting superior performance in his German-speaking responsibilities.” 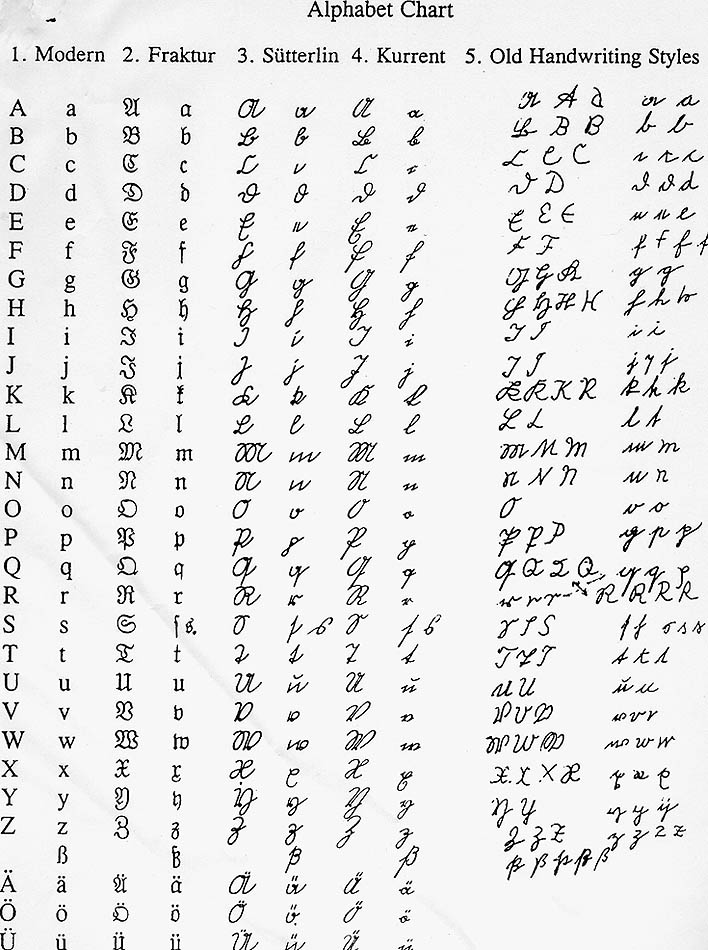 Anyone can provide a Euro-Germanic question &/or an answer here on this group but please do not give general solutions like: “Google it.”

“Germany,” per se, is a long story not suited to be totally explained here! Suffice it to say that “Germany” did not really exist as a bona fide British or American term for the modern country of that name until after WW1.

There were Germans all over Europe, to include the former Czechoslovakia, Denmark, England, France, Hungary, Poland, Romania & Russia.

Prussia or Preussen extended as far east as Russia (province: a part of East Prussia or Ostpreussen)!

One client said, “Karl, different censuses claim my ancestor was born in Alsace, Elsass, France, Germany & Prussia. Which one is it?” NEWSFLASH: Depending on what language & time-period you are considering, each one of those names is correct for that target ancestor!

Karl was later selected for the Ancestry.de[utschland or Germany] Team to field the majority of Euro-Germanic research-oriented calls from not only Germany, but also all over the world.

Totally confused now?  Don’t feel alone–so are most people. This is one reason many Germanic cases are not solved. There are other reasons… Group Coach, Counselor, Leader @

Karl-Michael Sala cracked & solved numerous difficult Ancestry.co.uk cases for callers & emailers from all over the globe.

14+ other excellent quality endorsements & recommendations from associates, coaches, managers, etc. can be found on Linkedin.com www.linkedin.com/in/germangenealogist

Since 1979, Karl-Michael & Lynell Sala are very proud to have found data, documents & images on THOUSANDS of ancestral family members for hundreds of international clients!

Eureka!  Gefunden!   What?  YES!  Online parish registers!  This is an historic FIRST!

Lynell Sala & Karl Sala have found thousands of ancestral family members for hundreds of clients, but never before have they been able to research ONLINE digitized images!

No, it was not in a microfilm nor in a book, but in the digitized images of the hand-schrifted, old Germanic and Latin handwritings in the Tirschtiegel, Posen, Preussen Evangelical Lutheran parish register duplicates located ONLINE at www.pilot.familysearch.org!  Duplicate parish registers were required of the clergy & church during certain periods by various Germanic governments.

Reinhold Horn had two extra given names of which the client was unaware.

Often a Germanic person does not go by his very first given name.  We have solved many cases by following this idiosyncracy.  I am Karl-Michael Sala, but even my mother called me Michael or Mike. Her father was Karl Friedrich, but he was known as the nickname “Fritz.”  Her brother Karl-Heinz went by Heinz.

We continued our client research in having also located the births / christenings of most, if not all, his siblings in the Trzciel, Poznan, Poland parish register.

So that we can go back further in time, and obtain the target ancestor’s parents’ marriage, we now await microfilms to arrive at the Mesa, Arizona Regional Family History Center.