Canadian online pharmacy \ online pharmacy usa sorry.
Recent Posts
“Although I did not work with Karl-Michael directly in his operational responsibilities, he did participate in a voluntary internal genealogical certification program that I managed, which he completed in an admirable way. I was impressed with his attention to detail and his consistently going beyond the requirements to expand his knowledge and experience.”

Google’s SE still has us at #2!  We shall soon be adding a search template for clients to be able to order hard-to-find ancestral online census & immigration images!  Of course, clients shall still be able to order on-site or off-site, on-line or off-line German Genealogy research from us.  Also orderable will be onsite Germanic Genealogy research, for that includes Germans from not only Germany proper, but also from other European countries!

SALABRATE AGAIN! As I am wont to say:  “Stunning!”

Goal:  surpass those in the #1 position!

Paid Expert Ancestry Genealogist, Researcher, Ancestry.com
September 16, 2008 “I had the pleasure of overseeing a project that Karl was directly involved with. He was a vital team player and key to its success. Karl takes a tremendous amount of pride in the work he does and takes the time to ensure that it is done correctly. His dedication to help others succeed is one of the many characteristics that make Karl such a valuable asset.” 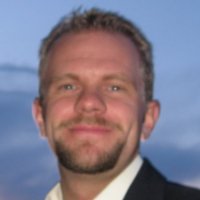 SALT LAKE CITY 26 August 2008 FamilySearch.org has updated its database of 1870 US Census records and added two new databases with West Virginian info this week to its online pilot program at pilot.familysearch.org. The new additions represent over nine million new names. There are now over 477 million searchable names on the pilot site.

The pilot program has attracted thousands of volunteers who are extracting family history info from digital images of historical documents. The info they are identifying is then added to databases that are available for family history enthusiasts worldwide to access.

FamilySearch.org is maintained by The Church of Jesus Christ of Latter-day Saints and provides resources and info for people worldwide to research their family trees.

My graphic, juicy, informative newspaper articles research has been the stuff of which the greatest interest in ancestry, genealogy & family history has been piqued & stoked–on both my wife’s & my ancestry & descendants!  Websites were beefed up with my exhaustive newspaper research & I even was finally given due credit for it!

Newspapers are WAAY under-used!  OK, so Oakley, Kansas & Zanesville, Ohio’ newspapers were not indexed, but by gosh, by golly, we found a bunch of colorful history!  But guess what?  Carson City, Nevada was indexed many years ago!  Everybody wanted to know the gruesome details of the ancestress’ murder, subsequent accusations were printed in the paper, trials & mis-trials, exonerations, etc. ad excitum (I made that up{;>)

However, Lynell & I’ve grown weary of people NOT finding what they seek in US & international records, i.e., just talking & writing ABOUT ancestry, genealogy & family history, vis-a-vis them actually GETTING it.

So, as multi-decade successful US & Germanic-European genealogists (see 17+ Endorsements at http://www.linkedin.com/in/germangenealogist) we have an offer good for all:

Give us your tired & poorly-documented ancestors!  In what online or offline record can you NOT find your ancestor–esp. where you know they should be there!?

Even the long-sought-after European or Germanic parish of origin has been occasionally coughed up in a US newspaper article or obituary.

www.linkedin.com/in/germangenealogist (View the social networking profile of the person behind GermanGenealogist.com, Karl-Michael Sala, to include endearing endorsements by 14+ associates, clients, partners & managers!)

Another Recommendation For Karl-Michael Sala, Owner of NO FIND? NO FEE! ANCESTRY, GENEALOGY, FAMILY HISTORY MYSTERY!

“I’ve known Karl Sala for 8 years now and can vouch for him as an outstanding and hard-working professional who has made the difference in countless lives with his excellent genealogical research and work ethic. I feel lucky to have met him with high kudos & honors to have had work done for me by him. He’s proven to be very results-oriented in all of his endeavors and is highly driven to succeed with his clients. You can tell that he really cares about everything that he sets his mind to achieve–and that makes all the difference in the world with the impact he has on both his peers and clients alike.”   June 29, 2008
Paul Johnson, VP of Technology, Brewer Caldwell Property Management
was with another company when working with Karl-Michael at No Find? No Fee! Genealogy!

“It was a great joy working with Karl! His immense knowledge in the genealogy field always amazed me, he always put great thought and care into his work, and never overlooked the details. It was refreshing to work with Karl, as he always presented himself in a professional manner. Karl was a dedicated, passionate member of my team, I wish him the best in all of his endeavors.” June 6, 2008 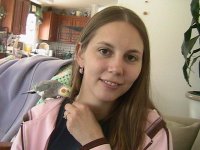