“I have known Mike since the summer of 1972. We worked together as lifeguards at the American pool in Izmir Turkey. I highly recommend Karl Michael Sala. His integrity and abilities are genius. His talents are unlimited. Regards, Kevin Michael Mcgreevy” January 13, 2011 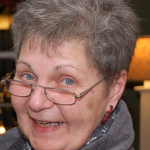 “During the two years (1970-1972) at Izmir American High School, Mike was my student in English and business courses. He was an energetic and lively student who caught on quickly and an enthusiastic contributor to class lessons as well as to after-school activities. He entertained us with his humor, his music and his acting. He cared about his fellow students and often went out of his way to help and befriend them. Subsequently, Mike worked hard at beginning a database and networking group of former Izmir students. His tireless work resulted in many former students connecting with each other and eventually forming reunion groups throughout the United States.” February 19, 2009